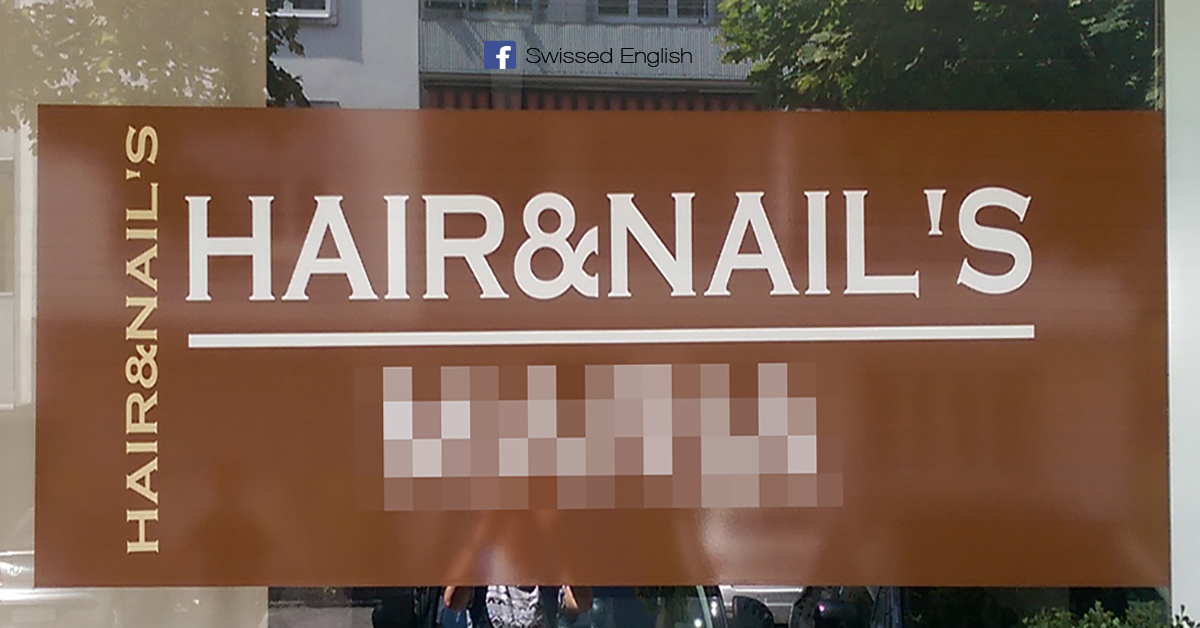 Posted at 13:38h in Grammar, Swisstakes by R

The owner of this hair and nail salon close to where I live should have paid more attention in class (or at least checked their grammar before getting this sign). Using an apostrophe + s to make a noun plural is incorrect – a very common mistake which unfortunately looks even worse on a shop window.

So how should we use the ‘s form? 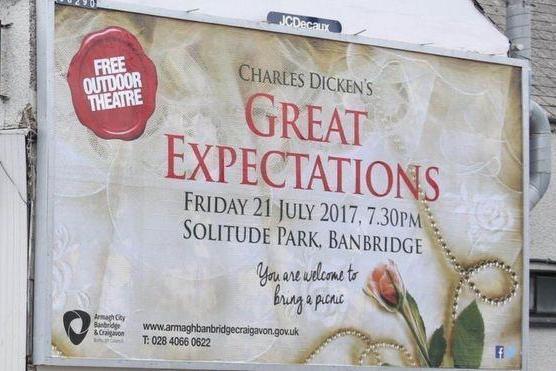 The ‘good’ news for learners of English – you’re not the only ones who get confused. Even native speakers make mistakes when it comes to apostrophes. This sign in Northern Ireland cost around £1,200 to reprint after the misplaced apostrophe was spotted by the public.

We use an apostrophe + s to talk about possessions, relationships and characteristics. We don’t use the ‘s form to make plurals. Compare these sentences:

We can also use an apostrophe + s to show that some letters have been omitted:

In this post, we’ll have a look at how and when we use the possessive ‘s form. Check out next week’s post for more information on plurals.

We can also use an ‘s to talk about something produced by someone:

Do you believe the boy’s story?
Have you read Mark’s latest Facebook post?
What are Switzerland’s main exports?
The company’s decision was rather unwise.

When talking about someone’s actions, we can either use ‘s or of – both are correct:

We can also use ‘s with expressions of time:

When not to use ‘s

We don’t use the possessive ‘s form with nouns that are not the names of people, animals, countries, etc. We usually use of in such cases:

However, as with any rule in English, there are some exceptions. With these expressions, both ‘s and of are considered correct:

Confusing, indeed – unfortunately, no fixed rules exist. It all depends on the expression, so my advice is to read as much as possible and, when in doubt, look the phrase you’d like to use up online and check the results.

However, there is a lot of discussion on whether this form is actually correct. Some style guides say that simply adding an apostrophe is enough when a noun ends in -s, whereas others say an apostrophe + s is required. When in doubt, choose one form and stick to it throughout your writing. Adding ‘s is more common:

We can also add ‘s or just an apostrophe to a whole phrase, for example:

The man next door’s dog pooped in front of our house.

When talking about something that belongs to two people, only the last noun gets an ‘s:

On the other hand, have a look at these two sentences:

That’s it! Hopefully this clears things up – and if you’re thinking of spending money on a sign for your shop or business, do check your spelling or ask for advice!

Questions? Comments? Send a message or leave a comment!